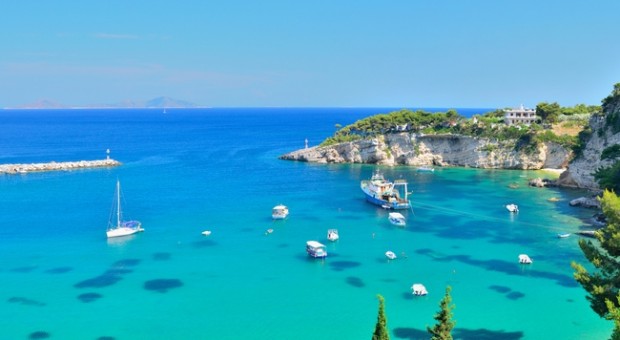 As part of its ongoing strategy for the far-reaching promotion of the island, the Alonissos tourism committee announced that partners-to-be can now say “I do” underwater surrounded by friendly fish and even friendlier turquoise waters.

In efforts to attract a wider spectrum of incoming tourism and extend the season, the Alonissos Committee for Tourism Development and Promotion in collaboration with consultants MTC Group, is launching a new campaign for 2016 focusing more on the promotion of adventure tourism, such as diving and trekking, as well as exclusive eco-friendly events and happenings including exchanging vows underwater.

“Our goal is to maintain contact with our traditional markets and at the same time explore new markets such as Eastern Europe, Russia, Poland and Romania, in order to introduce actions at a minimal cost, and perhaps also participate in activities by other municipalities for the best promotion of the island,” Chairwoman of the Alonissos Committee for Tourism Development and Promotion, Kiki Anagnostou, told Central Greece newspaper Tachydromos.

In the meantime,the committee and local sector professionals will be promoting Alonissos‘ tourism offerings at a number of international travel exhibitions in Utrecht, Brussels, Vienna, Berlin, Denmark, Manchester, London, Milan and Rimini in the coming months.

Share "Tie the Knot… Underwater… on Greek Isle Alonissos" via: