Menu
Open
Close
One of the most important tourist investments will be made on the island of Meganissi in the coming years. A luxury complex of houses will be built which will be associated with five-star hotels and marinas in the region of Kefali. Procedures are moving fast and the master plan of the investment which will exceed 150 million euro is ready.

The architectural plan was created by one of the best-known companies in the UK – Studio Seilern Architects, and the main task of the planning of the project is not to change the face of the island, but to ensure the privacy of the rich and famous who are already buying villas there. 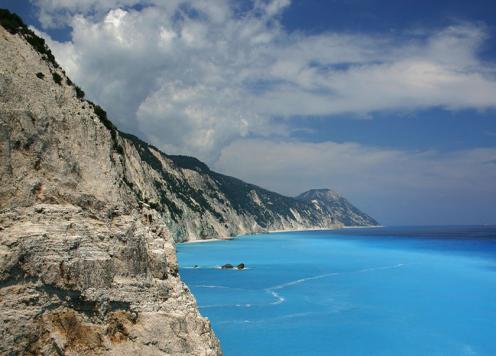 “Lady of fashion” Miuccia Prada has recently bought a terrain on Meganissi, which belongs to Lord Charles Jacob Rothschild, one of the greatest British bankers and one of the richest families in the world. According to information, other candidate buyers have also contacted the firm of Lord Rothschild, Gmax, including Pavlos, the son of former Greek King Constantine, with his wife Marie Chantal. Other people such as British sculptor Anis Kapoor, Roman Abramovich, Prince Charles, the royal family of Spain and Nicole Kidman, have expressed interest.

As it becomes clear from the master plan, the complex is located in a unique place. The plots have a 360 degrees view and direct access to the sea and to the rest of the island by road network. The main road which will lead to the complex, worth 4 million euro, has already been finished.

The “Private Village” of the rich is developing on 8 terrains with a size of 4-40 ha each, ensuring the privacy and security of the high guests. Each villa will be separated from the other terrains and absolutely secure. Besides villas, the plan describes the development of the tourist and panoramic infrastructure. Two five-star hotels will be built: the one with views over Kefalonia and the other will 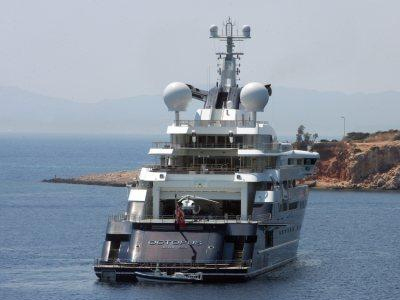 look to the west – over the islands of Kalamos and Kastos.

The architectural design includes a large luxury marina under “Port Hotel”, which will service the vessels of owners, and in the eastern side – a second marina for yachts.

A whole village of luxury homes will also be built, apart from villas of the wealthy owners. The construction of houses, each with an area of 100-500 square metres, will depend on sales. The creation of a farm for organic products is also being planned. 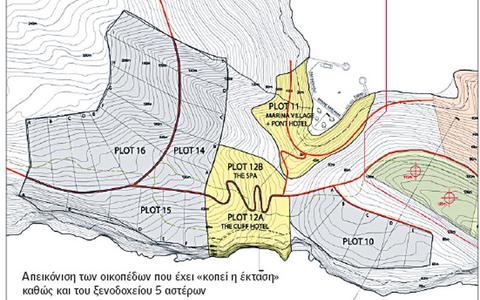 The impressive project complements the Ionian puzzle in this region, known as the “district of the rich and famous.” Meganissi is located near Lefkada and only 40 minutes from Athens by plane. The island of Skorpios which belongs to Russian oligarch Dmitry Rybolovlev is also located in the same area, as well as Arkoudi, where the Perrotti family is planning to build a complex of luxury homes. The islands of Ehinades are located slightly to the west, including the island of the Emir of Qatar – Oxeia. Sheikh Al-Thani is planning the building of an art island, where there will be halls for the arts, museums and homes, which will host well-known names from the world of culture. The project is expected to cost more than 300 million euro.

There are proposals for the development of large panoramic complexes in the same area, in Ithaca. The Agia Company has submitted documents to Invest in Greece for the approval of its inclusion in the provisions of the fast-track strategic investments. The plan envisages the creation of a luxury resort, “Ithaca Resort”, which will include a scenic tourist village, a five star hotel, a thalassotherapy centre, a playground and golf club, a marina, conference rooms and panoramic villas.