Times change and so do destinations with the Cycladic island of Mykonos making yet another boom as the place to be to catch a glimpse of your favorite stars, party till you drop and swim in some of the bluest waters to recover from a night of revelry.

According to a June 11 story in the London Evening Standard, the Balearic island of Ibiza is history. Instead, party animals the world over are opting for the cosmopolitan shores and white washed villages of Mykonos for some serious people-watching and some outright merrymaking… and all this in true Cycladic style. 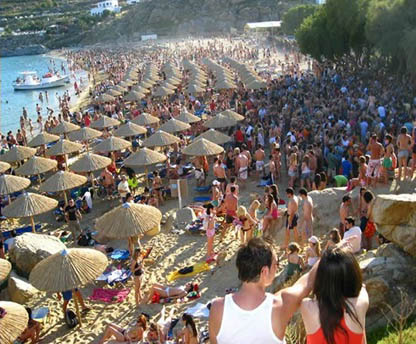 According to the Standard, “the only way to while away the time here is counting the celebrities”, listing among others José Mourinho, supermodel Alessandra Ambrosio, Liz Hurley, Valentino, Olivia Palermo, Johannes Huebl, Lindsay Lohan and DJ David Morales.

Vividly described as the “White Isle”, the story goes on to underline that Mykonos is now the “go-to destination for Europe’s stylish party-lovers”.

In the meantime, it adds that Mykonos’ high prices are keeping out travelers with smaller pockets and drawing in the rich and famous; people like Sheikh Hamad bin Khalifa Al Thani of Qatar. And then… those never-ending parties by the shore. As one party-goer admits: “The pace is fast, so you can’t really handle it for too long.”Why? In part due to Ibiza’s new healthier trends, crackdown on drug use and curtailed closing hours. As one lifestyle insider put it: “People are much more aware of needing to look after themselves. You can’t rave and then work and rave and then work. You’d just destroy yourself 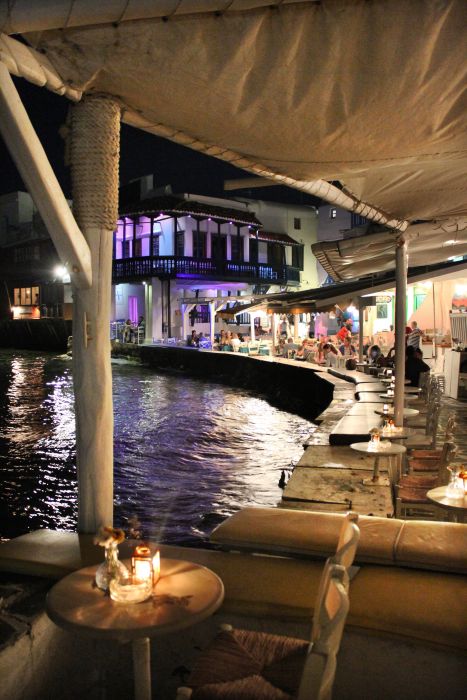 The story concludes with a tip for party over dose: head to the quieter islands of Patmos and Santorini for post-party recovery.