The article is entitled “Halkidiki beyond the beaches: 10 alternative experiences in northern Greece” and reports the following:
The shores of Greece elicit blissful sighs, even from suntan-averse travellers. Halkidiki – the three-pronged region in Greece’s north – is especially rich in sparkling sands. But it would be a crying shame to head straight for the sunlounger in a region that ripples with vineyards, groans with ancient history and has terrain ripe for diving, kayaking and cycling.

While it would be amiss to skip the beach entirely, these 10 alternatives will tempt you to explore Halkidiki beyond the sun and sand.

1. Take the plunge on a diving course 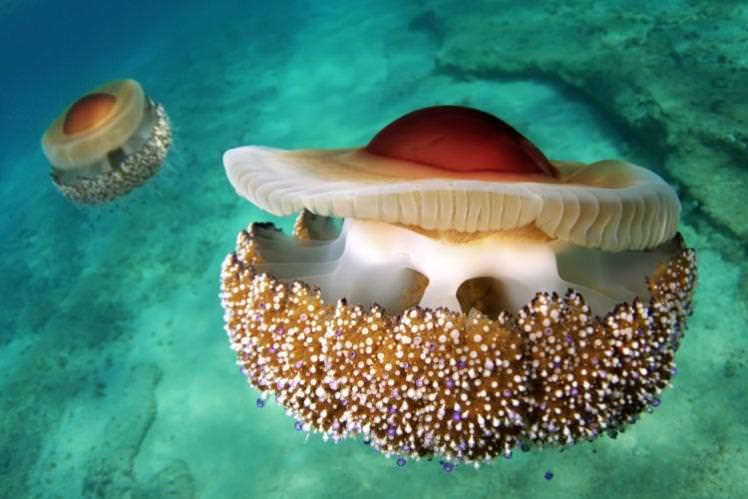 Why admire the shimmering surface when you can dive straight into it? En route to Halkidiki’s middle peninsula, Sithonia, stop off at Atlantis Diving Center. Located in Nikiti, one of the first stops as you drive into Sithonia, this expert-packed outfit can arrange diving expeditions geared towards first-timers and kids. One-day diving excursions (including transport and refreshments) cost from €75, a small price for the chance to glimpse scorpion fish, sea bass and a sea floor fluttering with anemones.

On Kassandra, the westernmost tendril of Halkidiki, there are much more rewarding ways to break a sweat than sunbathing. Feel the heat on a mountain-biking tour with Break Free: excursions ply the pine-forested interior of the peninsula. The so-called ‘camel’s hump’ of Kassandra is sure to set thigh muscles screaming, but the agony and burnt rubber are well worth it once you catch sight of the glowing Thermaic Gulf. Major roads in Halkidiki hug the coast, so mountain biking the interior offers views that are inaccessible to drivers. 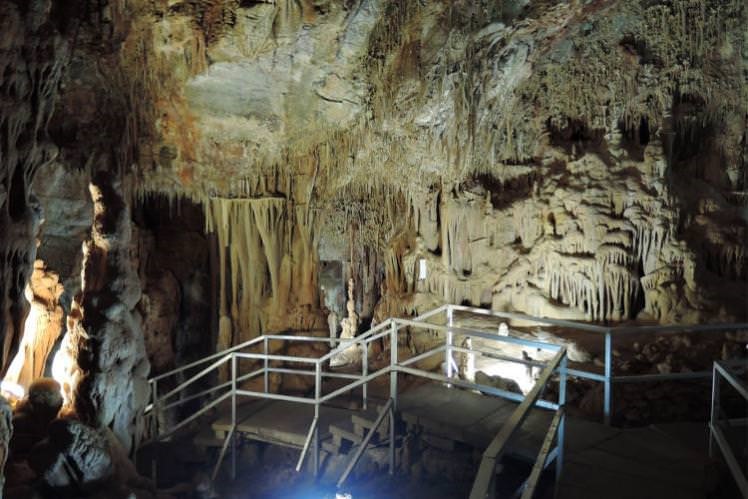 In their hurry to reach the coast, travellers tend to skip Halkidiki’s interior, the great bulge of land before the region tapers into three beach-blessed peninsulas. But this area, with roads carved into the rocky substrate and cypress forests clinging to the hills, makes for a dramatic trip by car. Delve deep (literally) into this ancient land by exploring Petralona Cave (petralona-cave.gr), 50km southeast of Greece’s second city Thessaloniki. Excavations of Petralona during the 1960s uncovered Paleolithic tools and weapons, animal skeletons and the Petralona skull, the remains of a hominid as old as 700,000 years (though scientific debate continues to rage).

4. Soothe your muscles in a thermal spa

The crystal waters of Kassandra’s beaches are a therapy in themselves, but on its southwestern coast there’s an aquatic experience with even better health benefits. Within the Agia Paraskevi Thermal Baths you’ll find a surgically clean bathing complex fed by naturally toasty spring waters. In addition to public and private bathing areas, there’s a sauna and a hammam to let muscle tension ebb away. Sensitive nostrils might be alarmed by the tang of sulphur in the air, but the supposed therapeutic properties of the water (reputed to cure a host of minor skin conditions) are worth holding your nose. 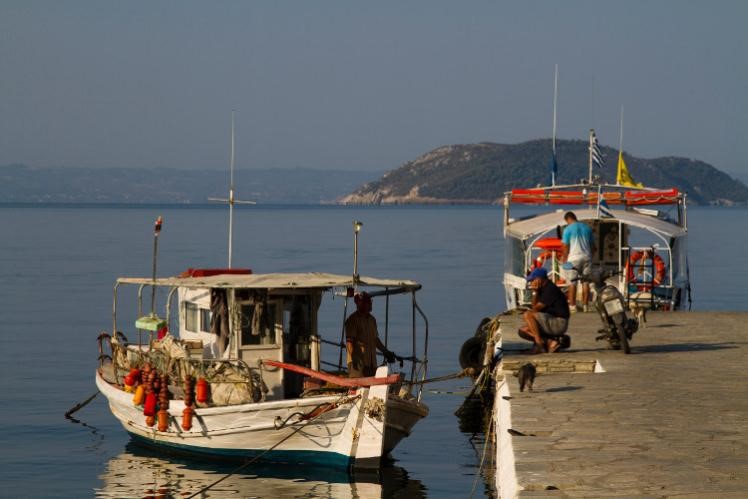 Embark on an odyssey out of your comfort zone with experienced sea hand Grigorios Delichristos. Group sailing and camping excursions will take you to the small islands that glitter between Kassandra and Sithonia. Keep in mind that this is no luxury island hideaway: think survival skills, spear fishing and awe-inducing silence.

6. Kayak into the sunset

If you’ve ever dreamed of sailing into the sunset, you can paddle towards that golden horizon on a kayaking tour. Sea Kayak Halkidiki (seakayakhalkidiki.gr) runs three-hour guided excursions from the village of Vourvourou on Sithonia; they are perfectly timed to see copper-tinged light dappling the waters of the Aegean. 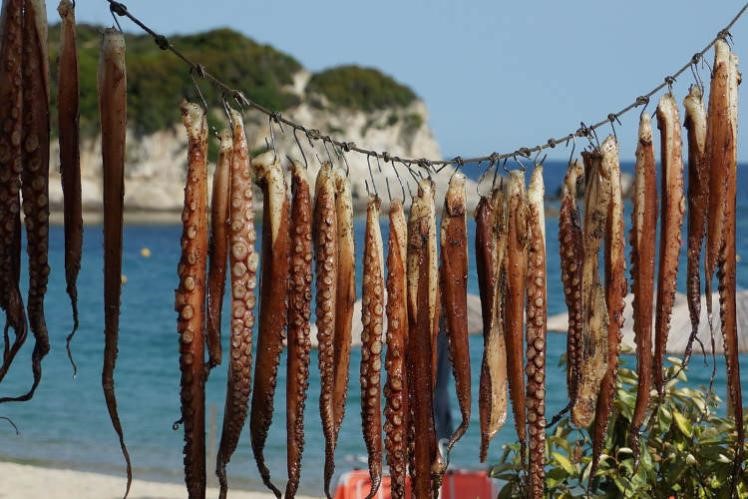 Eat like a local by ordering catch of the day at one of Halkidiki’s excellent seafood restaurants; some of the best are in Sithonia. Try the Halkidiki favourite, sundried and grilled octopus, at O Giorgakis in Kalamitsi. Over in Sarti, Kivotos is the top choice for freshly caught seafood with a suitably shoreside setting: tables are right on the sand under a shady beach awning.

8. Glamp in a private cove

A private beach doesn’t have to demand a celebrity budget. Down a steep, dusty road on Sithonia’s northern coast lies Porto Elea, a camping spot so glamorous that even tent-phobics will want to settle for a long stay. Embrace your inner A-lister on the private white-sand beach with on-site cocktail bar, feast on quality Greek cuisine in the homely taverna, and be soothed to sleep by a chorus of crickets after dark.

9. Drift through centuries of monastic history 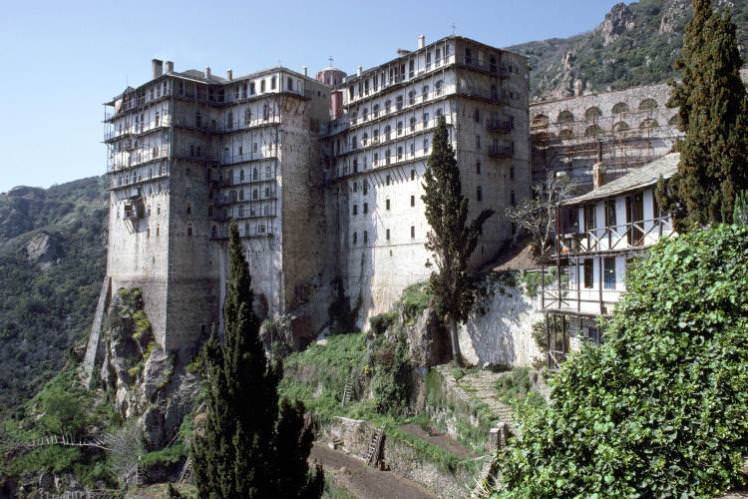 Empires have risen and fallen, but despite centuries of cataclysmic change spiritual activity on Mt Athos has continued serenely for more than a millennium. South of Ouranoupoli on the third of Halkidiki’s peninsulas lies the ‘monks’ republic’. If you’re male, spiritually inclined and undeterred by austere lodgings and a bit of paperwork, with a little advance preparation you can immerse yourself in the daily rhythms of monastic life. Fortunately for women travellers (and men who aren’t partial to prayer), curious visitors can get a glimpse of the extraordinary architecture via Athos Sea Cruises.

While you’re exploring Halkidiki’s often skipped interior, enjoy the low-key vibe of a stay in one of the region’s excellent family-run guesthouses. The sleepy village of Gerakini is poised where rolling greenery rushes to the sea; here you’ll find Kostas House, comfortable lodgings within a vineyard. The gregarious host Kostas won’t let you escape without sampling some home-grown olives and a glass or two of wine straight from his vineyard. Borrow a sunlounger, sip coffee in the flower-draped garden, stare out at the silvery horizon – you might find that you’re in no rush to make it to the beach after all.

Wishing you a very Happy Easter – Olympus Estate Next Post