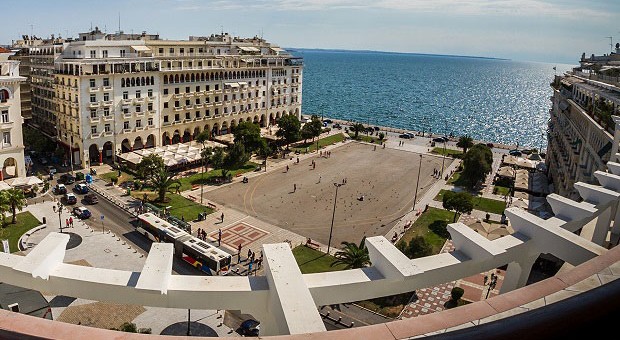 The annual competition organized by the Financial Times’ FDI magazine (Foreign Direct Investments), declared Thessaloniki, northern Greece, to be the best European city of the future for 2014 in terms of human resources and lifestyle.

About 470 locations including 46 medium-sized cities participated in the competition “European Cities of the Future 2014,” the results of which were announced on February 15.

The Greek city Thessaloniki became the “Best Mid-Sized city for human capital and lifestyle” ranking first among 46 other medium-sized towns. The criteria for this category included the labor of the city, the level of education, the number of universities, the students, the quality of life as well as the number of doctors in the city. The FDI magazine introduced the parameter of both the city’s and the wider region’s population to the competition.

This is an important distinction with international scope for the city of Thessaloniki. “This is further confirmation of the extroversion in which the municipalities and the city’s businesses invest. It is a confirmation of the level of the city’s universities and private schools,” noted the Deputy Mayor of Finance and Entrepreneurship of Thessaloniki, Chasdai Capon.

Criteria sorted into broader categories are taken into consideration at the FDI’s competition for European cities. Some of these categories are the dynamics of the city’s economy, the workplaces, the human resources, the municipality’s friendliness to the businesses as well as the strategic promotion of foreign direct investments.

Share "Greek City Thessaloniki, European City of the Future 2014" via: